Today is a bright day, a glorious day, and I am glad of the autumn sunshine since, lately, the world has felt very dark.

My children are on half-term holiday this week and I am slowing down a bit workwise so that I can spend time with them, help them with homework, and catch up with some much-needed cleaning and mending. I’ve also been playing around with inks and had various ideas for art pieces zipping around my head – well it is Inktober! – but more on that another time. However, today, I want to reflect on something else – another time that felt slow yet quick, hard but easy, intense yet rewarding… the six weeks of the summer holidays.

Sometimes, I feel that documenting the “small” things is unimportant, trivial, but when things get dark, as they are apt to do when we are so overwhelmed by information, then focussing on the “small” things can be of great comfort. Nature, in particular, gives of its healing gifts so freely… and it never ceases to amaze me how getting out into nature, a park, or simply working in the garden – weeding, pruning, digging, all things that are intrinsically “wild” – immediately makes me feel so much better. Calmer, grounded, “more me”.

We have a splendid cooking apple tree in our back garden, and this year, I remembered that the apples are ready for picking earlier rather than later, so me and the children spent quite a lot of time up the tree, and up the ladder, harvesting apples. (Our cat also had fun following after us!) As my husband hadn’t pruned the tree for a few years we had a bumper crop, like buckets and buckets. So we gave away buckets and buckets to passers-by, and in doing so, I was rewarded with the knowledge that others would be cooking and enjoying the apples too. Hating to see good food go to waste, I did my best – I really did! – to use up all the apples we did keep. I made apple cake, apple crumble, apple flapjack, stewed apple and no doubt various other puddings that I’ve already forgotten about. The kids picked blackberries from the local and ever-bountiful bush and so we also had apple and blackberry crumble a few times.

This summer, I’ll also remember as the summer of ice cream. My son decided that he wanted to set up an ice cream shop, so I borrowed an ice cream maker from a friend, Googled recipes, bought ingredients, and then we were good to go. We pretty much made everyone’s favourite – mint choc chip, rum and raisin (somehow my husband and I managed to vanish that one pretty quickly!), banana and blueberry, and raspberry. I’d wanted to make an apple crumble ice cream too (basically, apple puree with cooked crumble topping swirled in) but never got around to doing it. I also wanted to experiment with non-dairy milks: coconut cream, almond milk etc. but ran out of time. But, as I keep telling myself, these ideas will keep, they’re simply on hold.

The summer holidays were also when I did “Mummy School” i.e. a bit of reading, writing, maths and art most weekdays so that the kids weren’t too out of the loop for when they were back at school. They (mostly) enjoyed this, particularly the making-of-the-timetable bit, although I know they would’ve happily foregone it for the lure of the screen…

Creativity-wise, I read and wrote a bit, but as I had a real longing to work with ink, I picked up my dip pen and started copying pictures… anything, really, that I liked the look of. And as the Scooby Snacks card game was another firm favourite this summer holiday, I ended up doing some copies of the baddies from the pack of the cards. (By the way, I was sorely disappointed by the lack of obviously female baddies in the card pack – which I often mentioned to my husband and children. So they challenged me to come up with my own female baddie to add to the deck. Watch this space…!) 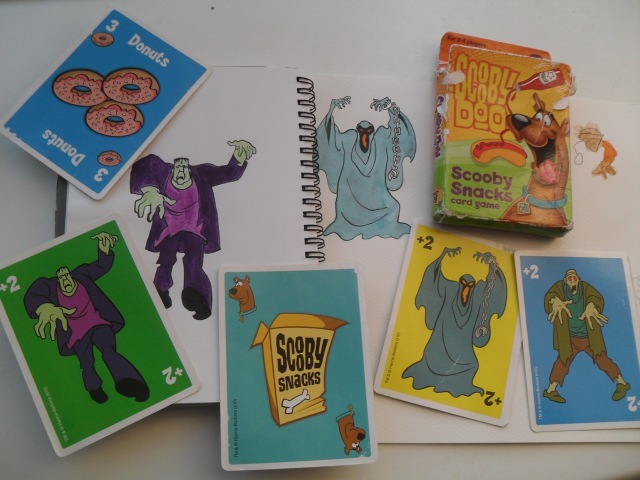 I’ll admit that towards the end of the holiday I felt like I was wading through treacle as lots of things (workwise and writing-wise) were being put off until the eventual “back to school” and the quiet and time it affords me. But, overall, I felt that we were productive in our relaxation and work. And as our county may be changing the times of our holidays next school year (not to mention the fact that this year is my big girl’s last year at primary school) the summer holidays felt particularly special.

And so now to autumn, the end of the hanging baskets (compost and flowers all a gift from my kind and green-fingered father-in-law), and the last of the tomato crop. 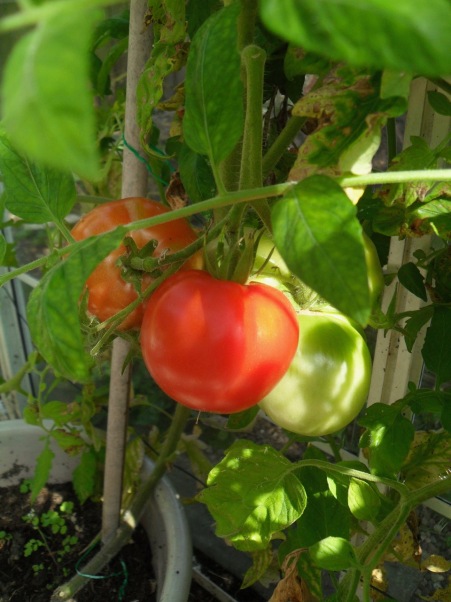 Tomorrow my children will be going back to school. I will, no doubt, be experiencing a mix of emotions as I do the school run: sadness (I want to have more fun with them!), worry (will they get on okay in their new year?) and a touch of relief (I desperately need some quiet hours to myself to catch up with my publishing work) as well as the usual overwhelm that the school run social niceties and small talk cause me as an HSP.

Anyway, I will get through it. And my children will, no doubt, manage. But, again, it is an obvious end to the summer and the freedom (and fun) that it brings all of us. And when good things come to an end there is a certain amount of sadness. So, I will feel the sadness, say hello to it, and then get on with things. I will say goodbye to it when I am ready.

So on that note, I will leave you with one of my (somewhat bittersweet) poems. It was recently published in this lovely pamphlet: Food & Drink – Bramley Apple Festival Poems, 2015.

If you write poetry I would definitely encourage you to enter the annual Bramley Apple Festival poetry competition – it is free to enter and the organizers are friendly and helpful. There really is nothing to lose! Here is a PDF with all the info:

Whatever you are doing tomorrow, I hope it brings you a little sweet ‘something’. Amidst the sadness I will enjoy having a creamy coffee and listening the stillness of the house. And after school, who knows, maybe we will go for an ice cream. But what flavour to choose…?